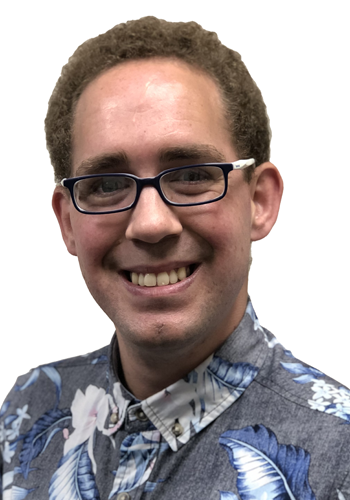 Benito Trollip is the Afrikaans researcher at SADiLaR and a very exitable and enthusiastic human. When it comes to research he is especially interested in the ways in which meaning is constructed. He is also interested in legal aspects of research with regards to intellectual property rights, ownership and the distribution of data. His roots routinely stretch between the law and language - fields that are not easily separated. As a SADiLaR researcher, Benito is always busy discovering new ways to bring language and the digital age together. His main project at the moment is his PhD. He is focusing on the ways in which Afrikaans speakers build judgement into their language by using different means. The type of words he is interested in are grouped into a collection he calls morphological evaluative constructions. Part of his study includes looking at other languages, which excites him even more about being a linguist.

Previously Benito has been part of a number of projects that gave him exposure to POS-tagging, semantic annotation, and archiving mainly through the NWU Centre for Text Technology (CTexT). He has been helping out in different projects since 2011 and has an analytical demeanour that makes him thorough and efficient when working, especially with text data. In 2018 he also went to the Meertens Institute in Amsterdam to work for two months under the guidance of Professor Nicoline van der Sijs on a collaborative archiving project between Dutch and Afrikaans. Recently he has also been helping Professor Daan Wissing in a project that makes use of Praat to isolate certain segments of Afrikaans speech.

He was also a temporary lecturer at the Law Faculty of the North-West University during the second semester in 2016. The subject he presented was Communication skills in the legal context III and it involved developing third year students’ communication skills through lectures on listening and the distinction and necessity of legal interpretation and translation.

Benito has collaborated with a number of esteemed academics including Gerhard van Huyssteen, Ton van der Wouden, Frans Hinskens and Daan Wissing, to name but a few. The collaborations have ranged from interesting conversations to conference presentations and article authorship.