SADiLaR takes language pride to the next level

The month of July saw a huge turnout at SADiLaR’s celebration of three South African languages, held at the University of Limpopo. This forms part of the local support of UNESCO's 2019 International Year of Indigenous Languages.

Some 330 people attended the celebrations of Sesotho sa Leboa, Tshivenḓa and Xitsonga on 31 July. SADiLaR has initiated celebrations for each of the 11 official languages of South Africa by hosting collaborative events such as workshops and colloquiums at various universities in South Africa to share ideas and take action in creating awareness of our languages and in working on the development of our languages and language resources.

These events are open to anyone and everyone who would like to join us on our adventure to celebrate our diversity in languages.

The recent celebration saw Prof Attie de Lange, Director of SADiLaR, welcoming the audience and explaining in detail what the role of SADiLaR and its funding from the National Department of Science and Technology involves.  “We regard it as our responsibility to support the research and development in the domains of language technologies and language-related studies. With our training and workshops in the use of the digital infrastructure and digital tools at national level, together with our partners from all other universities, SADiLaR aims to unlock the full spectrum of resources to create a broader digitalized footprint of South African indigenous languages,” Professor de Lange said.

The Centre has already established an academic scholarship initiative to create awareness of the value and role of digital language resources in academic research and product development, and to foster the establishment of Digital Humanities at various tertiary academic institutions.

The event also received a message of support from the Secretary-General of the South African National Commission for UNESCO, Mr Carlton Lufuno Mukwevho. “The United Nations declared 2019 the International Year of Indigenous Languages in order to raise awareness of them, not only to benefit the people who speak these languages, but also for others to appreciate the important contribution they make to our world’s rich cultural diversity. South Africa as a Member State of the United Nations supports this very important drive as it is through language that we communicate with the world, define our identity, express our history and culture, learn, defend our human rights and participate in all aspects of society, to name but a few. Through language, people preserve their community’s history, customs and traditions, memory, unique modes of thinking, meaning and expression. We also use it to imagine our individual as well as collective future as it is pivotal in the areas of human rights protection, good governance, peace building, reconciliation and sustainable development. The South African National Commission for UNESCO supports this gathering.”

During the celebrations, SADiLaR gave recognition to three extraordinary people. Prof Charlotte Golele was awarded for the development of Xitsonga as an official language of South Africa. Nelson Mmbi received his award for the preservation and development of Tshivenḓa and Dr Herbert Lentsoane was awarded for his literary contribution for the language of Sesotho sa Leboa.

Dr Hlengiwe Mashele, Executive Director for the South African National Lexicography Units, said it is gratifying to see that more and more tertiary institutions allow undergraduate and postgraduate qualifications to be done in the students’ mother tongue. “It is a mere myth that a thesis done in English carries more weight than one done in native language. As South Africans, we have UNESCO's support to put even more pressure on the promotion and development of indigenous languages. We are grateful for a centre like SADiLaR that puts a lot of energy and driving force into this,” he said.

Another highlight of the day was when the audience enjoyed entertained from various dance groups which showcased the uniqueness of our diverse South African cultures. Sing and dance, drums beating and colorful traditional wear was the order of the day.

SADiLaR has dedicated the month of September to celebrate isiXhosa as an official language of South Africa. Please join our social media pages for updates on events and feel free to contact us if you have any language-related news you want to share, or join us in creating language-related events. To get involved in our celebrations, or for more information, please contact Liané van den Bergh at liane.vandenbergh@nwu.ac.za.

SADiLaR is a national infrastructure funded by the Department of Science and Technology as part of the South African Research Infrastructure Roadmap. 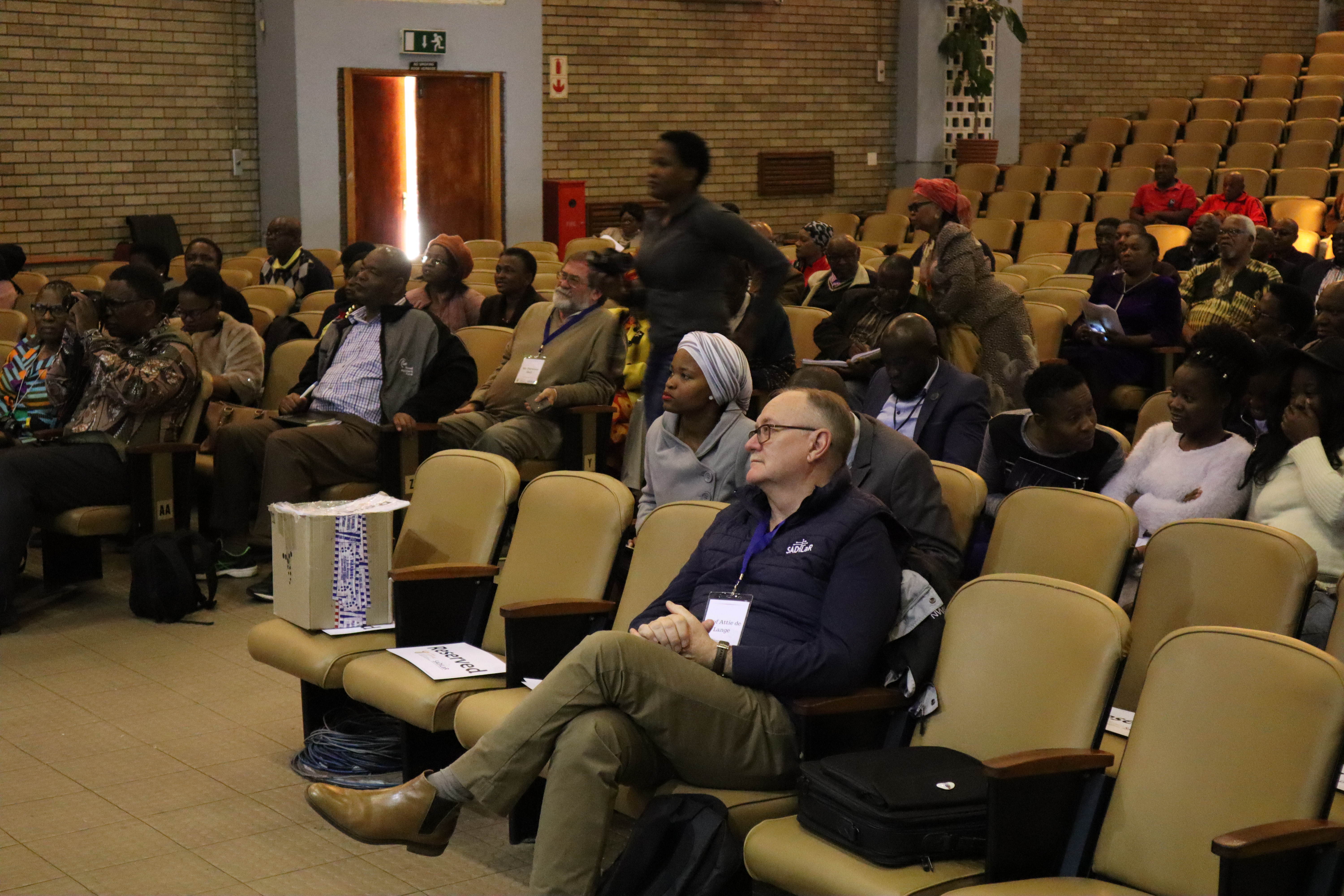 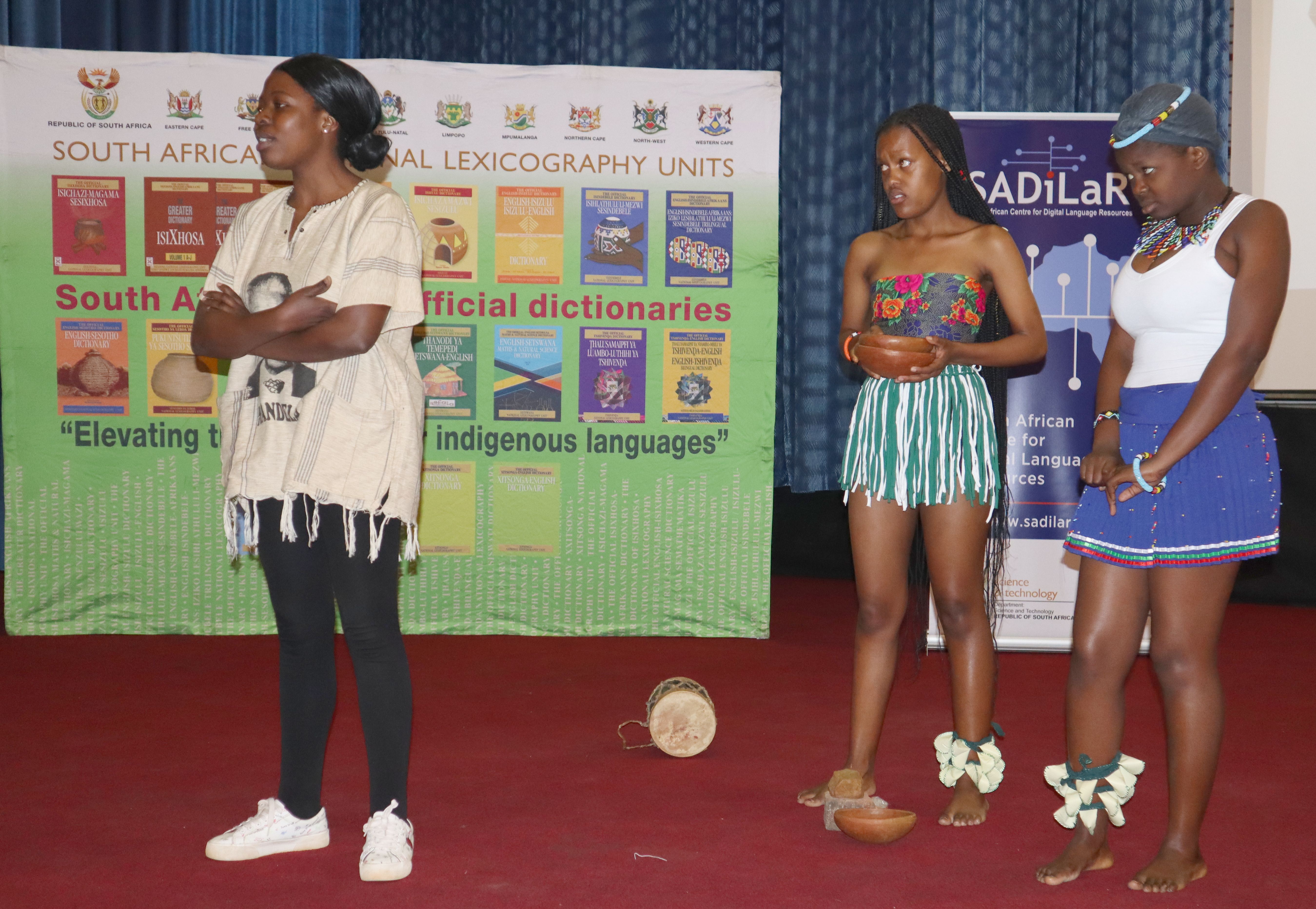